Targa NZ introduces the original Targa style event which was the way Targa events used to run in New Zealand and still do in other countries, to be known as ‘Retro Targa’.

Retro Targa is based on minimum stage times with a points allocation system to determine the results. Cars will still be timed and the actual stage times will be displayed but the results will be based on a points system similar to a time trail, so it is like a hybrid of time trial and rally.  This division is in addition to the current Targa Competition and has been designed to cater for participants who want to exercise their vehicle but reduce the risk with the aim to try and encourage older vehicles back out of the sheds.  It is open to all competition vehicles but primarily aimed at older cars that are not capable of reaching 200kph so we have set the speed limit at 160kph.

A minimum stage time will be set for each stage with the average stage speed varying depending on the stage. These minimums will become harder to achieve throughout the event.  Points will be allocated at 1 point per one second over the minimum time but no penalties for being under the set time. However the maximum points allocated if you miss a stage or are slower than the minimum will be capped at 120 points.  Winners will be based on the lowest accumulation of points during the event.

We are trying to encourage more people to join Targa and with a number of the older cars not being able to reach 200kph this provides them with another option to come and enjoy some of the best roads in the world.

You now have more options on how to participate in any Targa NZ events. From the Targa Tour, Retro Targa, Targa Competition and Targa VCC Time Trial, so what are you waiting for?

The VCC Targa Time Trial, run in conjunction with the Vintage Car Club of NZ was introduced in 2018 for VCC members to drive the same iconic roads as the Targa Competition and Targa Tour.

This is not a speed event, but rather an exercise in precise driving and time-keeping to maintain a set average speed through all closed stages.

The Targa Competition is the passport to driving your competition car (or rent one of our competition vehicles) through gorgeous, technically challenging Kiwi roads, testing your driving capability and your service crews tenacity, through the most beautiful scenery of any Targa in the world.

The Targa Tour is for those who want to enjoy their non-competition vehicles on the same stunning roads. You will be able to drive your car in a way not offered anywhere else on the planet, with world class instructors and world class food as well. 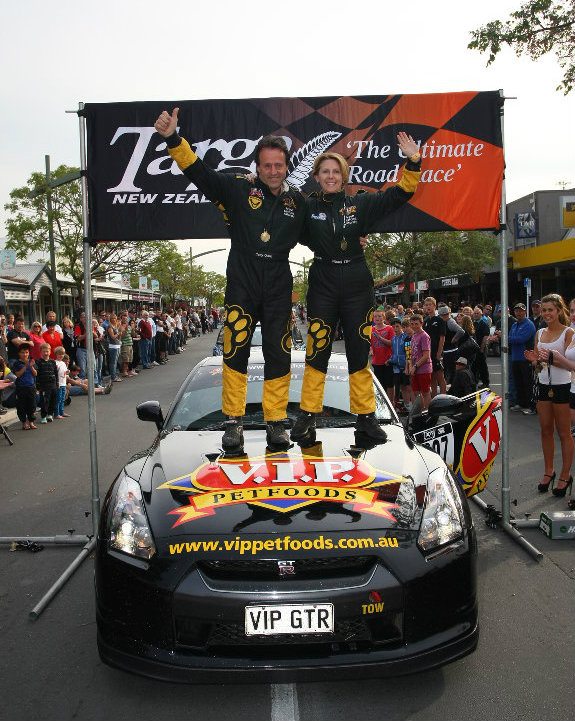 The annual calendar of events differs from year to year, however there is typically a weekend event in March and May and the main event in October.

Expect to be up 6:00am in order to get breakfast in, perform your pre-race inspections, get your car warmed up, check over the road book, and be lined up at the starting line. Your morning will be filled with competition and touring stages, 1 or 2 short service stops, and then lunch (the costs of which are included in your Targa fee for you and your co-driver). After lunch, your afternoon will again be full of competition and tour stages.

Targa New Zealand, the planet’s Ultimate Road Race, is run like clockwork. You will either be touring or racing for the entire day, with just a few brief moments to catch you breath before the start of each exhilarating stage. Stage distances vary, with an average distance of 25km per stage. Your body, mind and car will be tested. For most, simply completing the Targa New Zealand – much like the original Targa Florio – is a success. Drivers rely heavily on their co-drivers/navigators. Navigators are either a good friend, a professional co-driver, a partner or can be sourced for you by Targa New Zealand.

After your final stage, you will tour to a local community car wash. From there you’ll typically head back to parc ferme. If there are repairs needed to your vehicle that your service crew wasn’t able to sort out during any of the service stops, now is your chance to address them. If your vehicle is good to go, and you’ve rotated your tires, checked your brakes, looked over your fluids and cleaned glass, etc. then you can start on your homework. There is not a formal planned evening event for most competition nights, so dinner is up to you. We recommend driver and co-driver go over the next days stages, and agree the language to use to describe the corners and approaches.

There is always someone who is willing to help, give advice and join you and your crew for dinner and a drink. Expect your day to be completely chocka, with no time for anything else other than to eat, breathe and sleep Targa New Zealand. After competing in Targa New Zealand, you won’t be the same person – it’s that great an event, so be warned! It’s an experience for you, your crew and your supporter’s – that’s what makes Targa New Zealand The Ultimate Road Race!!

We couldn’t put our events on without the ongoing support of our sponsors. Support Targa and our events by supporting our fantastic sponsors.