The current Targa events organized around the world can all trace their lineage to the original Targa – Targa Floria. Whereas todays Targa’s are rally’s, with competitive stages held on closed public roads, the original Targa events – Targa Florio and the Mille Miglia, were open road races with spectators leaning out their windows, or standing in the streets watching the competitors race by!

Targa Florio was first run in 1906 and was the brainchild of Vincenzo Florio, a Palermo businessman, who hav ing established the Coppa Florio in 1900, was looking for a true test of a rather recent mechanical marvel: the car. Targa is Italian for ‘plate’ – possibly referencing a license plate which was often illegally fixed to the first competing Targa Florio race cars in the days leading up to the race, or in commemoration of the first trophy awarded which was a rectangular bronze plate, made by Ren Lalique famous for his glass radiator mascots. This trophy ‘targa’ carried a bas-relief rendering of a racing car against a Sicilian background, with the sky filled in with blue enamel. Targa Florio literally started on the streets of Sicily, near Palermo.

Targa Florio became legendary upon completion of its first race. This legend 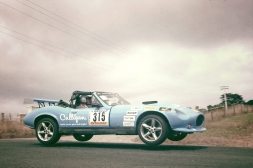 ary status was the result of creating a technically challenging route through the mountains of Sicily, coupled with the challenges for drivers, crews and vehicles associated with competing in an endurance event. In it’s earliest years just completing the grueling race was an achievement in itself. The Targa Florio ran throughout the Golden Age of motorsport and was finally abandoned in 1973.

Inspired by the original Targa Florio, Mike John – the individual who founded Targa New Zealand, dreamt of organising a Targa event in New Zealand. Driven to succeed in bringing Targa New Zealand to life, Mike had to overcome multiple challenges associated with creating a Targa event. He was helped along by an equally determined group of enthusiasts and collectively they turned their dream into reality in 1995 when the inaugural Targa New Zealand was held. The inaugural event crossed the North Island, with over 2,000 kilometres of open road touring stages, with 38 Special Stages run over closed public roads. A special ‘esprit de corps’ became the cornerstone of the 1995 Targa New Zealand and all future events, inspiring camaraderie amongst the competitors even though they were battling one another for the prized Targa trophy.Targa New Zealand was an instant success, hailed by the specialist motoring press as “the stuff that legends are made of”. 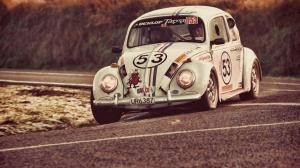 With scenery only made in New Zealand, and roads that vary from open and flowing, to tight and technical, Targa New Zealand is the Ultimate Road Race. Further, Targa New Zealand brings together an incredibly diverse collection of cars and drivers from around New Zealand and the world. Kiwi’s have a rich grass roots motorsport heritage as well as a presence in the international racing scene varying from Formula 1, Formula 5000, CanAm, V8 Supercars and Rallying. This heritage creates a unique platform for Targa New Zealand to springboard from and a unique blend of automotive machinery for drivers to compete in. From vintage sports cars, Kiwi developed specials, Italian exotics and state-of-the-art 4WD machines, Targa New Zealand caters to them all.

As Targa New Zealand grew, so did the competitive offering – smaller two and three day events were created, as well as one day sprint events. These events are special, allowing competitors to test themselves and their vehicles in preparation for the annual Targa New Zealand. Since the inaugural Targa New Zealand, the event has evolved and developed, with a keen focus on ensuring Targa continues to be The Ultimate Road Race. With a huge focus on safety, operational and event efficiency and competitor experience, Targa New Zealand is un-matched globally in competitive stage distance per dollar spent, and has had zero fatalities in it’s 25 years of operation.

In April 2008, Mike passed the torch on to Peter who’s focus on safety, efficiency, improved race systems and processes have made Targa NZ a world class motorsport event, brimming with Kiwi hospitality, along with competitor and crew camaraderie. Come join us down here in New Zealand for Targa New Zealand, The Ultimate Road Race – It will change your life.